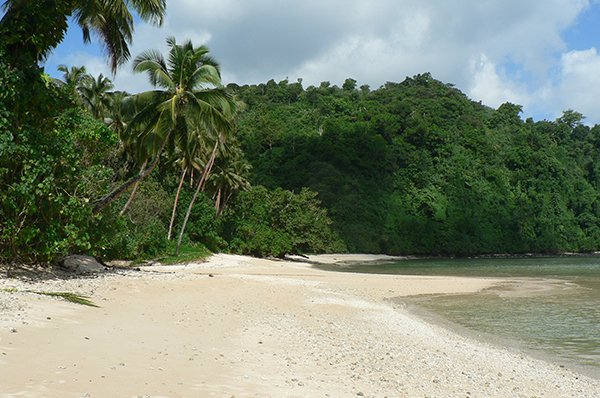 Just a little under 98 Acres of prime freehold, beachfront real estate is located at the end of the well developed and established Falelatai district, only 20 minutes drive from Faleolo International Airport. The Falelatai main road runs towards Lefaga on higher ground while the land slopes downwards to the Bay areas. Falelatai Road is tarseal with water, power and telephone lines in place. Coming inland off the main road is a formed road. The road runs along well elevated land with beautiful ocean views on seaward side and lush greenery on the land side. At some point, still on high elevated land the road enters the Fagalei Bay Property. Then the road starts to descend, winding downwards through the property towards the coast, still offering amazing views and greenery.

The Fagalei Bay Property has been privately owned by the current owners for over 40 years. It was partially cultivated many years ago with coconut trees, cocoa trees and other crops, but for a long time it has been left idle because the owners live overseas.

This beautiful versatile property has the natural raw materials for the right investors to create a unique, eco-friendly, boutique resort. There is flat land littered with coconut trees, ferns and bush with meandering streams flowing out into the sunshine and pristine beach and into the warm ocean. These streams flow down from water springs higher up in the property and provide a source of water. The topography allows for an island setting with its isolation and privacy factors and a tranquil, pristine beach within a sheltered cove.

Before 2009, access to this amazing property was only via sea & boat then an access road was formed as the property was used to film a couple of Survivor TV series. The access road stops only about 15 ft above the flat area that borders the beachfront.

ENVISAGE the main resort spread over the gentle slopes then flowing down onto the flat land bordering the beachfront. On this flat area build a couple of spectacular swimming pools with a pathway to the beachfront. Private chalets & villas could be scattered around on the higher slopes capturing the breathtaking ocean views and breezes. Imagine a restaurant overlooking the cove so guests can experience a wondrous tropical sunset while they dine OR guests relaxing in an exotic spa overlooking the cove & taking in the sunlight glistening on the gentle waves breaking on the reef.

Bliss! Beauty! Privacy! Seclusion! There is only one road which enters the property and the beach also is not easily accessible except from the property itself and the sea. The Fagalei Bay property is well located and an ideal site for a substantial boutique resort. It is isolated from the village population and only a short picturesque drive from the main road.

The property is situated 20 minutes from the Faleolo International Airport. 15 mins drive from it is the Mulifanua Wharf where ferries can take cars & passengers to the bigger island of Savai’i. Though bigger in size, Savai’i has a smaller population, is less developed and more traditional. It has lovely resorts such as the Amoa Resort and beautiful white beaches, blowholes and lava fields.

Heading towards, but before reaching the airport, is Sheraton Samoa Aggie Grey’s Lagoon Beach Resort & Spa. The arrival of Starwood Hotel Groups in Samoa became a reality in 2015 when they took over management of the Aggie Grey Resort near the airport. 29/4/16 the Aggie Grey town hotel reopened as the Sheraton Samoa Aggie Grey’s Hotel and Bungalows. Sheraton is an internationally renowned hotel brand and will help put Samoa on the map and attract more tourists, aiding the development and growth of the tourism industry in Samoa.

Showing its firm commitment to the development of tourism in Samoa, the government has committed to a 2-phase project to expand the FALEOLO INTERNATIONAL AIRPORT so it has the capacity to cater for more international flights to Samoa. Phase one has seen the expansion of the terminal and phase two is commencing which is the expansion of the runway. Changes to Faleolo airport very visible.

Looking to the future again, to promote the development of its trade & tourism industries, Samoa signed on 31/8/15, a Sister-City agreement between Apia and Shenzhen, one of the major cities in Southern China. One of Samoa’s requests if not its main one was to have flights one day run from China to Samoa as Shenzhen has its own airline and in fact flights from China to Samoa are now in the pipeline.

Also, there is now a much closer relationship between the Samoan government and Tahiti with flights from Japan to Samoa to Tahiti in discussion. Tahiti is the number one tourist destination in the islands so to be able to tap in on the tourist flow to Tahiti from Japan via Samoa would be a great step forward. The government will support the right investors if their proposal is for a substantial resort which is in keeping with the government’s plans to develop the tourism industry in Samoa. Some villas and chalets can be built on the property and sold to overseas people looking for a holiday home in paradise.

Why lease? OWN the property you will be pouring millions of tala into! The FAGALEI BAY property is unique because it is FREEHOLD! Less than 20% of land in Samoa is freehold so the opportunity to purchase almost 98 acres of FREEHOLD beachfront real estate is extremely rare and not to be missed!

ASKING PRICE IS USD$3M, IF A 10% DEPOSIT IS PAID ON EXECUTION OF THE SALE & PURCHASE AGREEMENT AND THE BALANCE FULLY PAID WITHIN THREE (3) MONTHS. HOWEVER, INTEREST WILL BE CHARGED IF a LONGER TERM IS NEEDED FOR PAYMENT OF THE BALANCE. 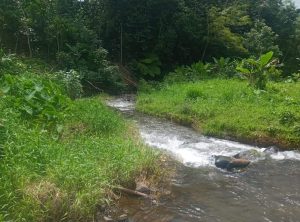